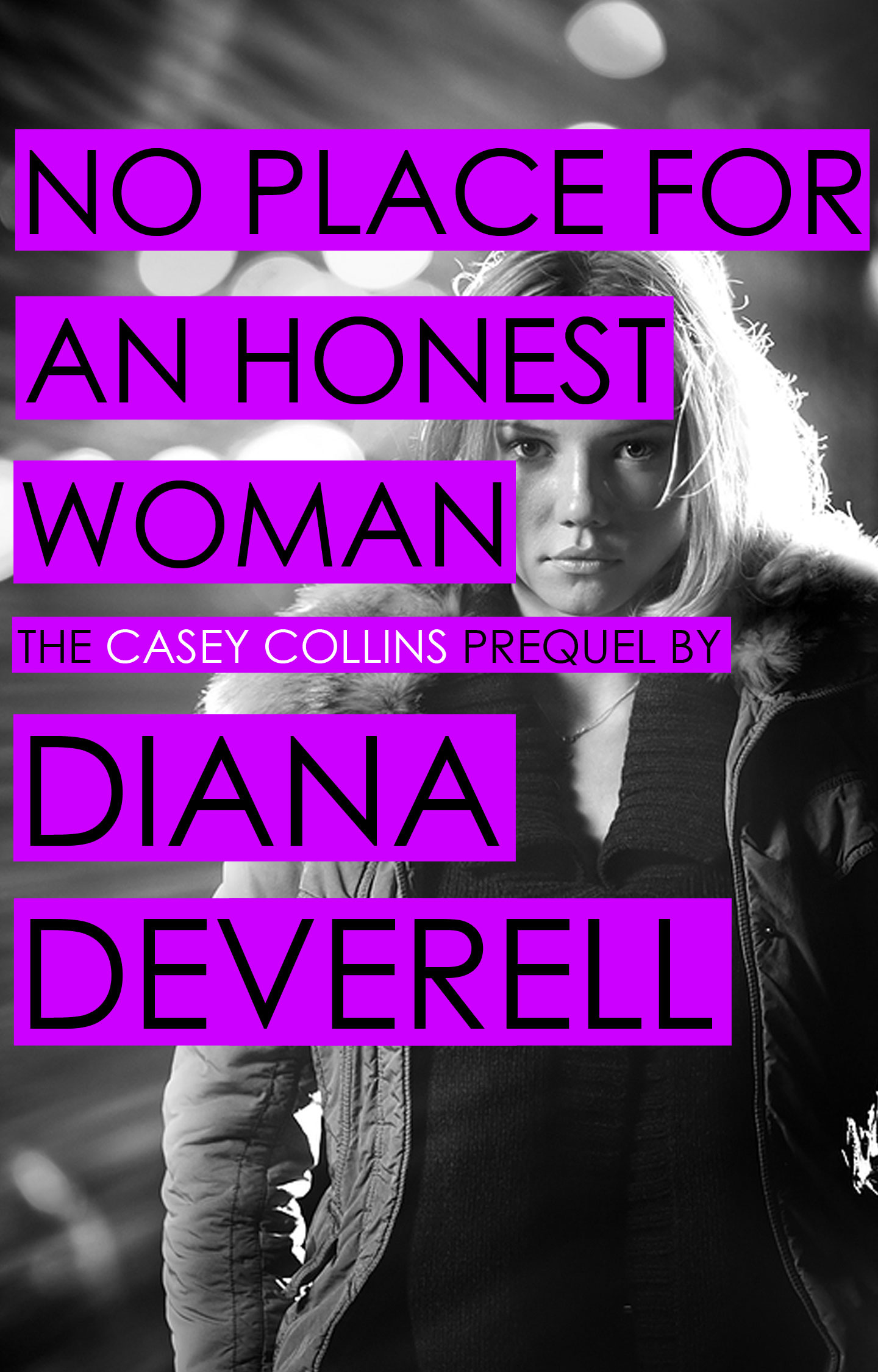 A junior diplomat, Casey Collins sits in Cold War Poland where she’s a sitting duck. East Bloc spies are trying to trick secrets from her. Gaddafi’s terrorist surrogates are killing Americans in Europe as the US Air Force readies its bombers to raid Libya. Chernobyl’s meltdown will soon shower her with radioactive fallout. Casey must choose sides. A wrong decision means death.

An earlier version of this spy thriller won first place in the 1995 Literary Contest sponsored by the Pacific Northwest Writers Association. A prequel to the other three novels, it introduces Casey Collins at the beginning of her State Department career.

The green numerals on my digital clock read 5:13. Above me, floorboards creaked. A toilet flushed. Water pipes hummed, signaling the spook upstairs had turned on his shower.

In the dark, I found my jeans and a sweater. I was in the vestibule tightening the Velcro on my right shoe when Warren came downstairs.

Jerking his chin in a gesture somewhere between irritation and resignation, he led me outside.

I stared out the window as Warren drove through the empty streets. The veil of rain hid any sign of dawn. The sound of our tires on the wet pavement added an ominous hiss to the darkness.

Warren had a key to the below-grade employee entrance at the embassy’s rear. He hustled me upstairs. Tossing his wet parka on a chair, he disappeared through a side door. I took off my windbreaker and perched on an office chair. Five minutes later, Warren returned, carrying a cable stamped with red-ink warnings.

As soon as we were inside the conference room, he summarized the classified message. “A bomb exploded in the washroom of a West Berlin disco called La Belle. Two fatalities. One was a US Army sergeant. Injured 230 more. Seventy-nine of the wounded were American.”

Warren pursed his lips and peered at me through his spectacles. He stood.

I grabbed the edge of the red-stamped cable. “Leave this.”

He held on. “The list of casualties is classified till they notify the next of kin.”

Reluctantly, he exited the room.

I ran my index finger down the list. I found a familiar name midway down the third page: Staff Sergeant Nicholas Benavides, USAF. Condition: Critical.

Nick. We’d met soon after I arrived in San Salvador. Being scared affected us both the same way. Celebrate life because death is too damn close. I’d been lucky with Nick. Mutual lust had grown into friendship. He was no correspondent, but we’d stayed in touch.

What was an AWACS technician doing at a bar off the Ku-Damm? He was supposed to be in Oklahoma. Instead, he was lying unconscious in intensive care, scarred and crippled by a bomb which should never have exploded.

Gerry Davis oozed into the room and onto the chair across from me. His hair was matted and dull and beneath the beard stubble, his skin was an ashy color.

Davis frowned at me. “What’s your problem?”

I tapped the cable. “You’re responsible for this.”

“You didn’t give us shit to go on,” Davis retorted.

“I gave you enough to prevent this. But you undercut my report. You described me as unreliable.”

“We told the truth,” Davis said. “If you’re a lousy source, so be it. What did you expect the military would do? Put all of downtown West Berlin off-limits to the troops?”

“If they’d taken the threat seriously, they would have.”

“You gave us better info,” Davis said. “The froggies had something to work with. Makes me wonder why you managed it only one time out of the three.”

Warren broke in. “Folks in DC are begging for more. You’ve linked three events to Libya.”

Davis’ face wrinkled with disgust. “Langley loves you. They don’t want to hear you’re less than perfect. But we know better. You won’t make fools out of us.”