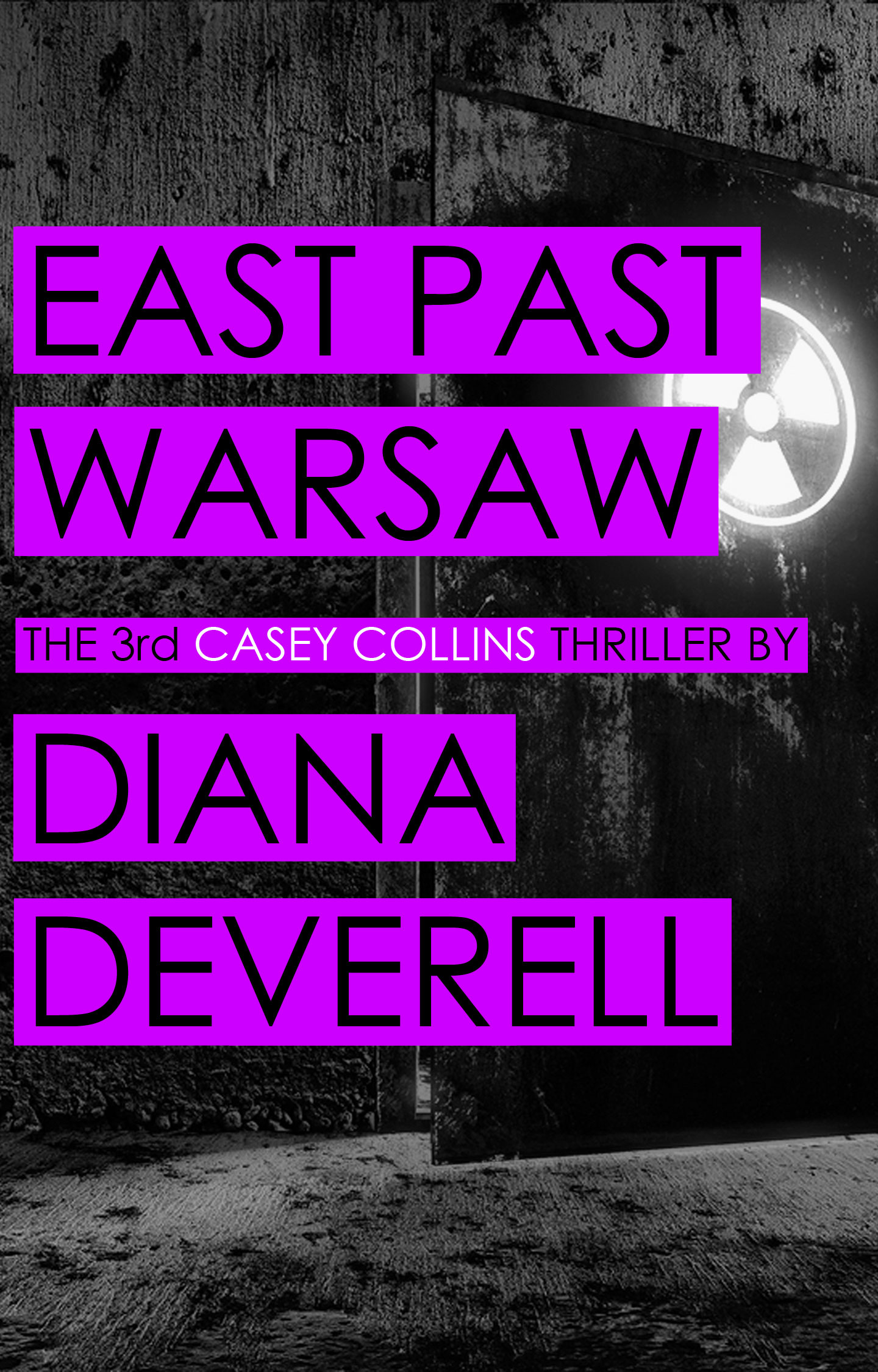 Forced back into the field, Casey pursues a villain who threatens everyone she holds dear. From twilight in the long-term parking lot at Dulles Airport to a sunlit afternoon in a Belarus orchard, the action winds breathlessly eastward as Casey struggles to contain a nuclear evil let loose when the Cold War ended.

We’d been sitting for five minutes when Ariadna sauntered into the packed room. When she reached us, she paused, looking us over with tea-colored eyes.

I stared back. She was older than I’d guessed from her picture, closer to twenty, and her body was surprisingly well-toned, as if lap dancing gave her regular and strenuous work-outs.

She ran her tongue suggestively over her lips, dropped a pack of Marlboros on the table, and asked loudly if Jerzy and I were interested in making a sandwich.

As a cover story for our encounter, Ariadna’s wasn’t bad. Jerzy invited her to join us, his voice matching the leer on his face.

I played my part, too, smirking like a first-time swinger, but my beer had turned sour in my mouth. She was too unlikely a source. And way too eager to deal with strangers.

I didn’t like her fraudulent air and I liked the club’s other patrons less. On top of a table six feet away from us, an Asian woman glistening with oily sweat was doing unlikely things with a beer bottle.

Nobody should have been looking at me and Jerzy. Yet, I kept catching furtive glances thrown our way. I had to figure out a fast way to extract Ariadna’s information and evaluate its credibility. It was a tricky problem. In interrogation, short-cuts were more likely to dead-end than to pay off.

Ariadna settled into her chair, lifting her coarse mane of black hair off her neck with both hands. Her breasts were displayed like a pair of ripening peaches in the sea-green top of a string bikini. The gesture jutted the firm mounds aggressively toward Jerzy.

She spoke to him in an accented Polish so slow and basic I could follow it easily. “I hear you’re looking for some stuff.”

Jerzy’s glance flicked to me for a cue and I let my chin dip in a meager nod.

“Some stuff,” he repeated. “Yes. And I think I have come to the right person.”

I could tell he’d had some training in interrogation technique. The best approach to a paid informant is a leisurely one with constant verbal encouragement.

Good idea, the skilled interrogator says whenever he can. Very sound. And he proceeds so slowly, the subject has to move things along herself.

Ariadna gave her breasts an enticing shake and gazed seductively at Jerzy from beneath lowered eyelids. “Shall we talk money?”

“Sweetheart,” I said sharply, “I’m the one paying. And I haven’t heard anything yet worth buying.”

Jerzy’s eyes widened. Well-trained interrogators don’t jump in with both feet and call a slut a slut.

But the crowd had thickened. I felt as if they were closing in. The pulsing music slammed against us, the sound of jungle drums arousing the natives to murder.

I couldn’t slowly stroke this kitten and listen to her larcenous purr. I had to get her back up and make her hiss.